Should I use American Community Survey data for this?

The ACS is only one Census product offering employment data, and may not always be the best for your purposes. Another source of data about the labor force is the Current Population Survey, or CPS. The CPS is the official source of employment statistics that make for monthly news pegs (the "jobs numbers"). Simplistically, the CPS is better for timely data (it's reported monthly), is better for change over time (data has been collected for much longer than the ACS) and is a survey directly targeted at information about employment; meanwhile, the ACS data can be found for smaller geographies, and is more readily comparable to non-employment statistics.

The Census Bureau also partners with the U.S. states to produce the Longitudinal Employer–Household Dynamics (LEHD) data. Compared to the ACS, this data provides more direct information on changes in the workforce (hiring, quits and layoffs), and can also give insight into commuting flows. 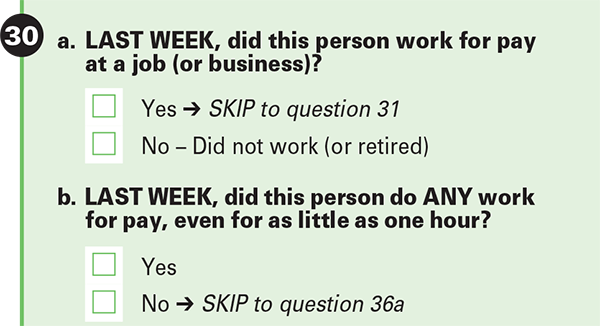 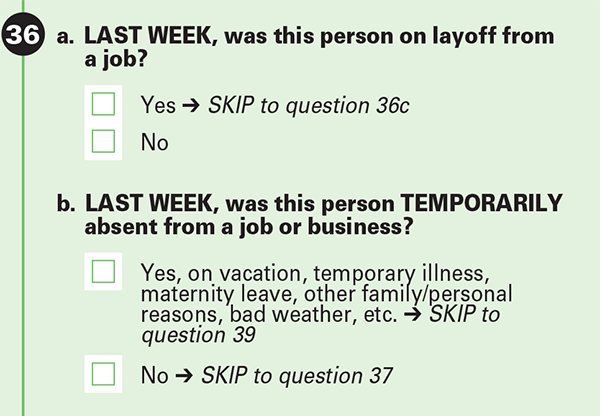 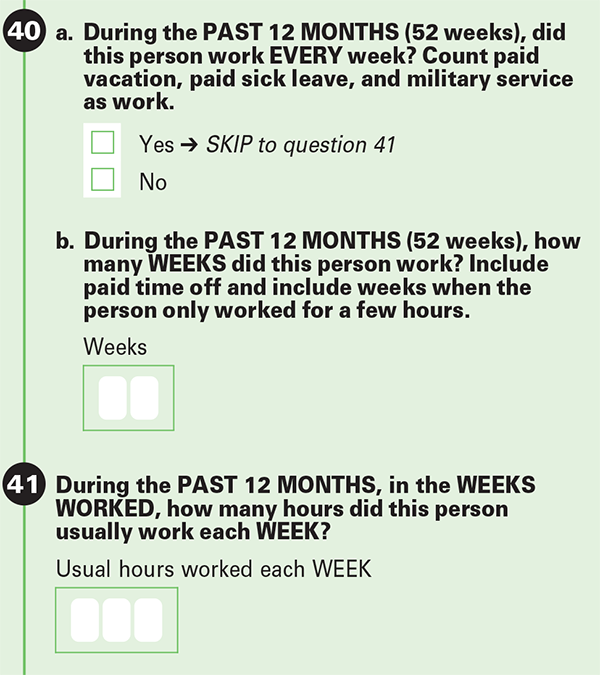 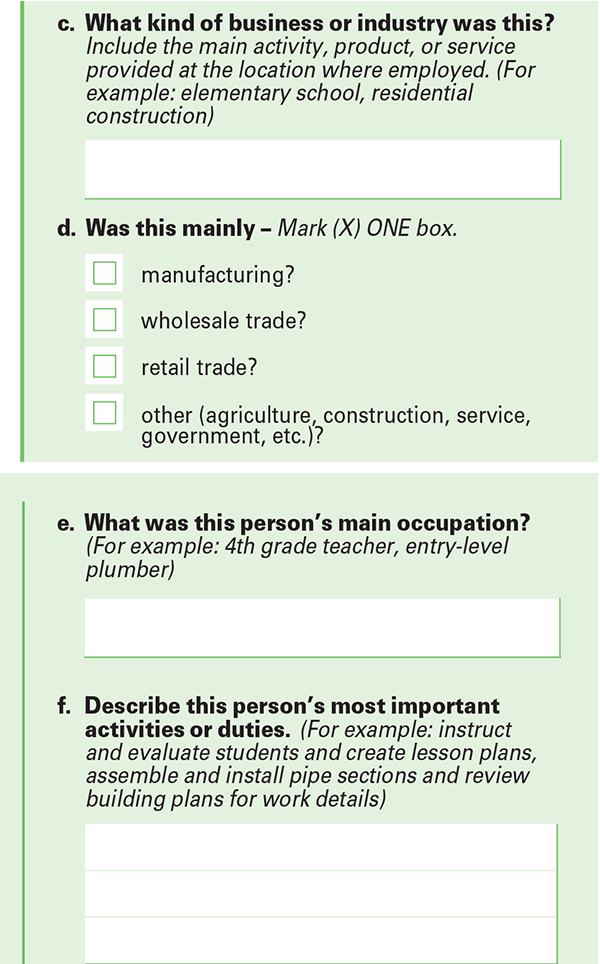 The Census Bureau asks a number of questions about whether individuals are employed, and if they are not unemployed or retired, about their occupation and industry. Census Reporter collects these together under the tag 'employment'. There are also questions about where geographically people are employed, how they get to work, how long it takes to get to work, and similar questions, which Census Reporter collects under the tag 'commute'.

The simplest presentation of this data is in table B23025 which has simply those columns. For finer detail, table B23001 breaks down those respondents into male and female and then within the sexes, into age brackets of varying sizes. In the ACS 1-year release, a collapsed version of this table, C23001 has the same basic structure but fewer distinct age brackets.

Employment status is reported by sex, age and race in the B23002 and C23002 series of tables. Neither of these tables appear in a non-racial tabulation, but each is tabulated in the standard nine subsets for race and hispanic origin. The C23002 tables have only two age brackets: 16-64 and 65 and older. The C23002 tables are available for all releases, but the B23002 tables is only offered in the ACS 1-year release.

There are dozens more tables which crosstabulate employment status with other characteristics, such as education, poverty status, disability status, veteran status and more.

In the table below, some table names have been simplified. Employment status is always only for the population 16 years and over. Questions about work status and hours worked are for the last 12 months. References to the respondent's "own children" are for children under 18 years.

The ACS provides some pretty detailed information about the specific kinds of work Americans do. These tables are gathered together in a series whose table codes begin with B24 and C24.

The "detailed occupation" tables include over 500 occupations, but are only available summarized at the national level. Below the national level, begin with tables B24010 and B24020 to analyze the work people do in a place. In these and the other occupation tables, occupations are organized into five high level groups:

In different tables, these groups are subdivided to varying depths. For B24010/B24020, there are a total of 150 columns for each of male and female workers. These columns are nested so that some values represent the total of columns below them. If you do your own summing, Be careful not to double-count by mixing columns of different depths.

Important: the ACS 5-year release does not include the B24010/B24020 tables. To analyze occupation data for smaller geographies, you must use the C24010/C24020 tables. These have the same five high level groups, but are broken down into only 35 columns for each of male and female workers.

In addition to the work Americans do, the ACS counts the industries in which they do that work. In these tables, there are 13 top level categories for industries. As with occupations, be careful not to double-count if you are doing your own summing.

These are the 13 top-level industries:

These are the tabulation options for "class of worker."

Below is a summary of tables that the Census Bureau includes in the "Industry / Occupation / Class of Worker" series. For the following tables, all references to employment are for the civilian population 16 years and older. Median earnings are for the last 12 months in dollars adjusted to the year of the ACS release.

As mentioned above, a few tables offer a very detailed breakdown of occupations—over 500 columns. However, data for these tables is only available for the United States as a whole, and not for any smaller geography.